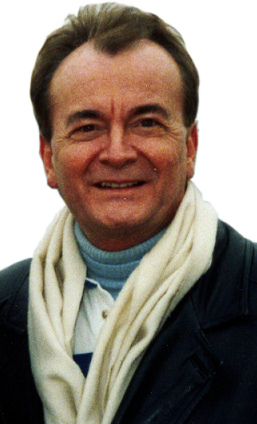 Robert M. Jackson has over thirty-five years of experience representing clients in connection with regulatory matters before the Federal Communications Commission and the Federal Courts, mostly in a series of boutique communications law firms.

After a judicial clerkship, he began his career in private practice representing clients in the extremely complex litigation environment of obtaining cellular licenses in comparative hearings before the FCC for the top-30 metropolitan area markets (the only markets for which comparative hearing procedures were used), and defending the license grants in the United States Court of Appeals for the District of Columbia Circuit.  Representing John Kluge’s Metromedia, Inc., he argued and won the first case before the D.C. Circuit resulting from the award of a cellular license in a top-thirty market (the Chicago metropolitan area) under the FCC’s cellular hearing procedures, a case which presented questions of first impression for the Court. Cellular Mobile Systems of Illinois, Inc. v. Federal Communications Commission, 782 F.2d 214 (D.C. Cir. 1986).  Comparative hearings are conducted as a bench trial before an Administrative Law Judge with most evidence submitted in writing. Additionally, he represented the winning applicants for cellular licenses in additional top-30 markets: the Los Angeles, Dallas-Ft. Worth, Boston, and New Orleans metropolitan areas.  Additionally, he consulted with the law firm representing the winning applicant for the New York City metropolitan area.

He helps clients develop and implement plans to promote their legal, policy, and business objectives.  He advises clients on significant regulatory, legislative, and market developments affecting the communications and internet industries, and advocates on a broad range of regulatory issues, including spectrum policy, net neutrality, broadband deployment and competition.

Robert M. Jackson has been awarded the Preeminent AV rating in both legal ability and adherence to ethical standards in the Martindale-Hubbell peer review rating process for some twenty-five years.

He has performed feature roles in independent films.

He represents clients in numerous adjudicatory, complaint and rulemaking matters before the FCC, and before various United States Courts of Appeal.  He represents clients in spectrum auction proceedings, wireless broadband matters, and in connection with compliance with Federal regulatory requirements.  He also represents clients in connection with the negotiation and performance of switch sharing agreements, inter-carrier roaming agreements, the acquisition of network equipment, tower siting and colocation matters, contracts for the purchase and sale of communications properties, loan agreements and spectrum leasing arrangements, management agreements, regulatory enforcement proceedings, government investigations and formal and informal complaint proceedings involving common carriers, administrative agency hearings, antitrust investigations initiated by the United States Department of Justice, and has served as co-counsel in a case arising under the Federal False Claims Act, among other things.  He has assisted clients in connection with the preparation of those portions of Securities and Exchange Commission registration statements for the public offering of securities and periodic reports to the Securities and Exchange Commission.  He has represented landline telephone companies in connection with payphone compensation litigation before the FCC.